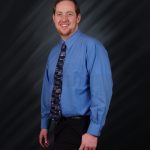 Who I am in Christ.
If you are interested in getting to know more about me, please review the information I have provided in my Welcome! post. Thank you for your prayerful consideration of the will of God.

“The ultimate end of our pastoral oversight must be linked with the ultimate purpose of our lives. This is to please and to glorify God. It is also to see the sanctification and holy obedience of the people under our charge. To nurture our people’s unity, order, beauty, strength, preservation, and increase must be our task. It is the right worshipping of God”

"And He gave some as apostles, and some as prophets, and some as evangelists, and some as pastors and teachers, for the equipping of the saints for the work of service, to the building up of the body of Christ; until we all attain to the unity of the faith, and of the knowledge of the Son of God, to a mature man, to the measure of the stature which belongs to the fullness of Christ." - Ephesians 4:11-13

In this section, I am going to talk about areas of ministry that I excel at. What a hard subject to express in words. I am not the type of person who boasts in my achievements, skills, and talents, but for this purpose I will attempt to share three areas that I believe to be my top personal skills or strengths. I will conclude with a brief look at the results of a strength assessment I recently completed.
It is also important for a person to seek to understand the strengths that they may not see. During my Church Planter Training, I was required to take a strengths test. Below are my top five talents or strengths, ranked in the order revealed by my responses to the Clifton StrengthsFinder assessment.
Based on my top five themes, I understand my strengths to be consistent with the gifts the Holy Spirit has given me in the areas of Preaching and Teaching, Administration, and Pastoral Counseling. For more information on my strengths view my blog post on StrengthsFinder.
Conclusion:
Like most people, I have adequate room for growth in many different areas; however, I believe that my strengths demonstrate the abilities and aptitude to help me further my calling as a pastor. I hope to be a lifelong learner. Someone who is constantly seeking to grow in my areas of expertise, not for my benefit, but for the benefit of my family, my church, and my Lord!

Master of Divinity in Christian Ministry with Biblical Languages

Bachelors of Science in Biological Sciences

Bachelors of Science in Botany

Specialized certification through the North Carolina Baptist Convention and the North American Mission Board which prepares ministers to begin church planting work in North America.

"Wayne Sullivan is one of the brightest young expositional preachers of our day. He is not only a visionary leader, but also has a pastor’s heart, and he is a man of prayer. His dedication to the Lord and His Word is evident in his faithfulness to God’s call upon him to pastor a church as well as his exemplary devotion to his wife and children. I cannot say enough about Wayne’s gifting as a pastor."

"I have known Wayne Sullivan for years, and had the distinct privilege of working with him on two separate occasions. He is an outstanding young man and an exceptional preacher. His ability to interpret scripture and defend the Word of God have always impressed me as a fellow believer. Having had the experience of working in a retail environment with Wayne, I can also attest to his strong work ethic and attention to detail. I believe any company, church, or other organization would be greatly enhanced by his involvement and blessed by his deep devotion to his faith."

I Affirm the Danvers Statement on Biblical Manhood and Womanhood

The Danvers Statement on Biblical Manhood and Womanhood.

In December, 1987, the newly-formed Council on Biblical Manhood and Womanhood met in Danvers, Massachusetts, to compose the Danvers Statement on Biblical Manhood and Womanhood. Prior to the listing of the actual affirmations that comprise the Danvers Statement, we have included a section detailing contemporary developments that serve as the rationale for these affirmations. We offer this statement to the evangelical world, knowing that it will stimulate healthy discussion, hoping that it will gain widespread assent.

We have been moved in our purpose by the following contemporary developments which we observe with deep concern:

Based on our understanding of Biblical teachings, we affirm the following:

For More Information check out The Center For Biblical Manhood and Womanhood (CBMW) who grants permission and encourages interested persons to use, reproduce, and distribute the Danvers Statement. Printed copies of a brochure are available for a small fee through the CBMW Store.

Back To All Posts

Your message was sent successfully!

Something went wrong, try refreshing and submitting the form again.